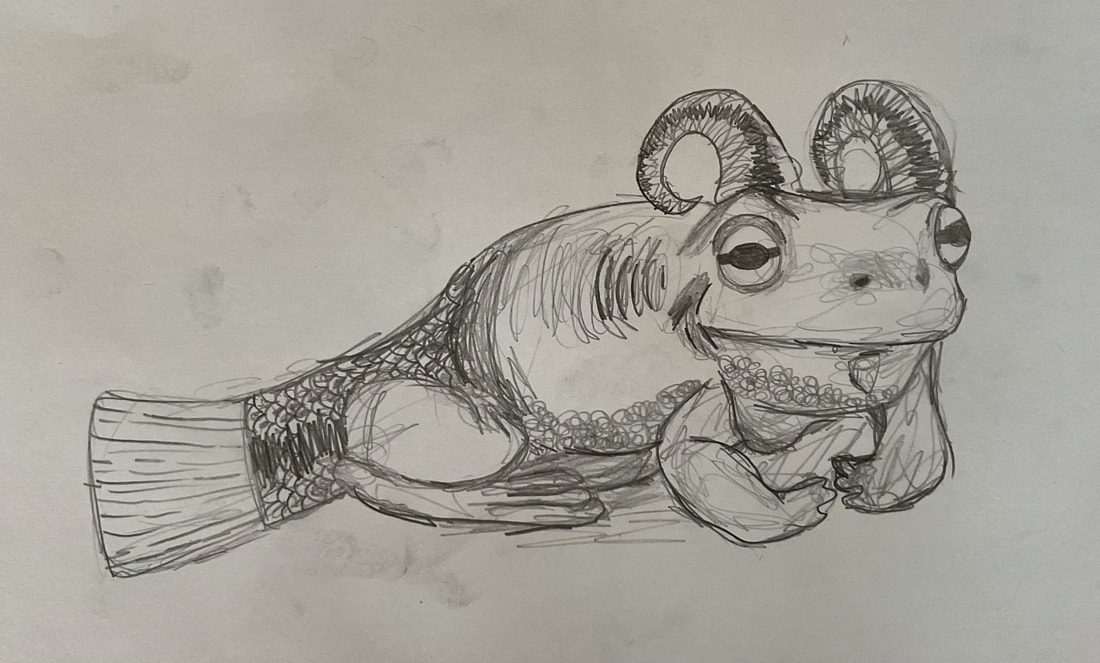 Five inspirational local artists are working with young people from 5 Island schools and 5 cultural organisations on creative projects developing skills and raising awareness of the Isle of Wight as UNESCO Biosphere.

The Creative Biosphere project was initiated by the IW Cultural Education Partnership with the Island’s Areas of Outstanding Natural Beauty team, and is generously supported by Arts Council England funding.

Island artist, Teresa Grimaldi, has been working as artist-in-residence at the Island Free School in partnership with Ventnor Exchange. With her support, students have been working with the idea of mythical local beasts and creating drawings and puppetry that will go on show to thousands of people at this year’s Ventnor Fringe Festival. Independent Arts is working with young talent at the Isle of Wight Education Federation. Artist Trudi Wilson has been overseeing the carving of a large block of local limestone by students as a legacy piece, and an exhibition of their work will be on display at IA’s creative hub venue in Newport during August. Another group of young people at Quay Arts are designing and sewing their way through metres of cotton and fabric as they create 10 large format flags for exhibition at Quay Arts in December. Banners are also a theme of the New Carnival Company project, working with students at Ryde Academy, who have also performed their work as part of the Mardi Gras Festival in Ryde earlier this month. Brading Roman Villa is also participating in this exciting project which culminates in a massive young people ‘takeover’ day in November across all participating organisations.